While configuring the entity form in portal we were getting an error “Error in Creating Control ID, as multiple controls with the same ID were found.

a) abcd_entity_name – For text part of the lookup attribute

b) abcd_entity_id – For ID part of the lookup attribute

c) abcd_entity_entityname – For entityName of the lookup attribute

In my case the control ID “abcd_entity_name” was conflicting with the name of an existing optionset attribute in Dynamics. This was causing duplicate ID’s in the system and was this causing the error on the portal.

When we recreated the optionset attribute so as to give it a different name, the above error got resolved.

While writing programs we can often come across situations when we must wait for results from different asynchronous calls. This is required when the processing is dependent upon multiple responses from external medium like web services. Lets look at the mentioned below code example

In the above code , we are executing asynchronous calls to different servers. Suppose we must wait for output from all of them before we can proceed ahead we can use the statement “WhenAll”. This will ensure that the compiler will wait for responses from all the three asynchronous calls before the processing can move ahead.

Just wanted to share a coding tip which can help in improving the performance of .Net applications. As Dynamics custom code is build on .Net its helpful in that space as well.

In .Net we can have both unmanaged and managed code. For the sake of keeping the blog short, we will not go into difference between them however, a managed code in dot net is the one in which CLR or “Common language Runtime” automatically reclaims the memory while for unmanaged code such as “SQL Connection”, “File IO Operation” objects CLR does not automatically does that.

In Dynamics, OrganisationServiceProxy object is an unmanaged code resource.

If we are using unmanaged resources, unhandled  exceptions can be very harmful. They can lead to issues related to dangling memory, unclosed connections to file objects etc.

To avoid such scenario’s C# provides us a feature of using “Using” block in our code. When we use the using block, whatever happens inside the using block, the dispose method is always called. Lets understand this with the code implementation mentioned below

Review that in the above code block we are using a class “DisposeImplementation” inside the using block.

However as soon as the program will go out of scope of the using block the dispose method for the unmanaged code will be called and memory will be claimed back by the compiler.

Just wanted to highlight a feature in Dynamics , using which we can copy the members present in one static marketing list to another.

This can come handy when we want to execute a campaign on the same list of members present in a previous marketing list. Mentioned below are the steps we can use

c) Once user clicks on the “Add” button, review that a progress bar should open and once the processing is over, the members from the source marketing list should be copied to the target marketing list.

Just wanted to share a strategy which can be used when we are managing marketing lists in Dynamics.

Problem Statement
In my last engagement, we were extensively using Click Dimensions for sending out emails on marketing lists. The marketing lists were based upon contacts and accounts which often got deactivated.

Even though the contacts were deactivated, as the records were still present in different marketing lists, emails were still going to them which was causing bad experience.

We can assume a two fold approach.

In the above view, we are filtering out inactive contacts, which are present in any  marketing list.

Just wanted to share a tip in regards to the primary field of “Name” when we create a custom entity in Dynamics.

In such cases, when we are creating the entity, we can go to the tab “Primary Field” wherein we can modify the name of the primary field by altering its name. In the below screenshot, we are changing the Name field, by removing the word “name” from it and adding as per our preference.

Just wanted to share a tip for optimization when we are setting a build pipeline in Azure dev ops.

Sometimes the source control branch may consist of several folders. Not all folders will require Gated check-in and CI builds.

Therefore to optimize we should configure work-space mappings, such that we do not execute gated check-ins and CI builds on all the commits in the main branch.

We can configure the work-space mappings in the “Get Sources” tasks present inside the Build pipeline. Please refer below the screenshot for the same 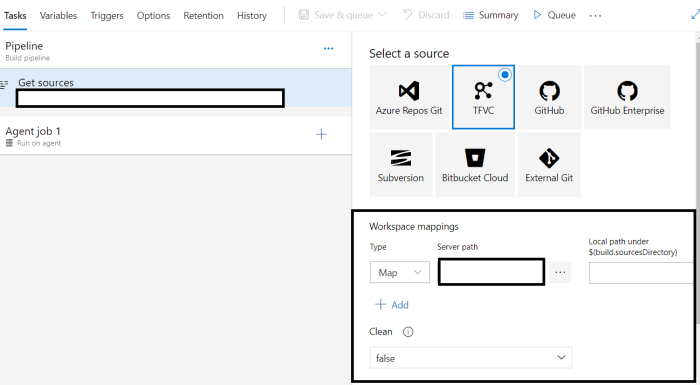 What it will do is that gated check-in / CI build will not be executed on every check in. This may be relevant when we have saving some files like master data.